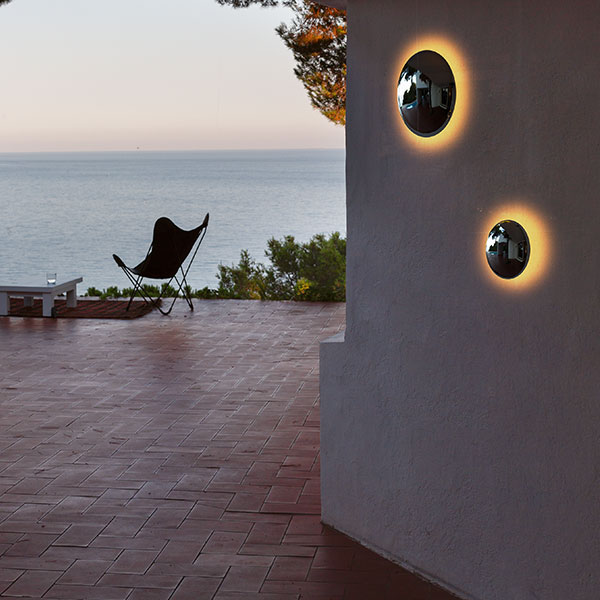 Babila demonstrates that, when it comes to a design, the material can be as important as the shape. This new outdoor wall sconce is of polished stainless steel, a circular object that produces a panoramic effect, reflecting its surroundings. It is not designed to be an architectural element, but rather a simple and beautiful design that draws attention, whether on or off, as it allows us to catch a glimpse of the daily life occurring around it. Babila comes in two sizes, 18 and 28 cm in diameter, and is also available in matt white or brown varnished aluminium, which provide a more discreet alternative to the chrome finish. In all of them an aura of blurred light is generated, a detail that contrasts with its material. Its lighting is indirect, soft on the wall, and well integrated into outside spaces. 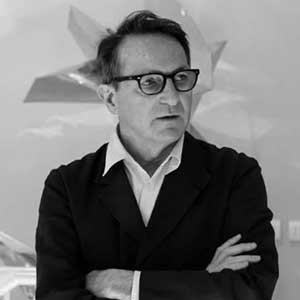 Marco Zanuso was born in Milan, when he lives and works, and he graduated in Architecture in Florence, with an experimental thesis on radical architecture and its main characters: Superstudio, Michele De Lucchi, Andrea Branzi, Ufo, Mendini ed Ettore Sottsass. He spent long periods in France, Spain, and especially in the United States discovering and getting involved in the architecture of Arcosanti, Land Art, Berkeley, and the first experiments on solar energy. In Vienna with artists and architects founded Rastlos, a group that performs advice and research on issues of urban planning, organizing exhibitions and seminars. After Florence he worked with his uncle Marco Zanuso Senior both on architecture (Piccolo Teatro, Teatro Fossati, gli uffici IBM di Roma, Hotel Continental a Milano)) and design (Lavazza, Brionvega, Poltrona Frau, Zanotta) and at the same time has worked with Enzo Mari and Achille Castiglioni at the Politecnico di Milano. In 1991 he opened the studio in Milan, with Daniel Nava, that deals with product design, architectural design of residential buildings, offices interiors, private homes and outfitting exhibitions. Some clients are Carrefour, Abet Laminati, Mondadori e Triennale di Milano. As designer he worked with various companies including Memphis, Pamar, Fontana Arte, Bonacina, Driade, Cappellini, De Padova and galleries like Design Gallery in Milan and Galerie Italienne in Paris. He has developed projects and experiments with small producers and craftsmen.

+Create New
Other Products from Babila