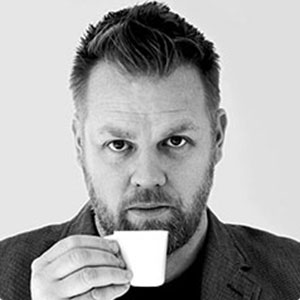 Egbert-Jan Lam was born 1971 in Alkmaar, the Netherlands. He graduated in architectural engineering in Alkmaar (1994) and in Design at the Design academy in 1999. In 2001 he set up Burojet Egbert-Jan has participated in several international design exhibitions with Droog design and the Design Academy to name a few.His work has been exhibited in Milan, New york, Hong-Kong and London. In 2003 and 2008 he received a government grant for the further development of his work. In 2005 he moved to the city of Arnhem and started to work with fellow designer Jorine Oosterhoff. Since 2007 he has been working as an independent designer, with a hands-on aproach and a passion for good design. Burojet designs and developes concepts and products for their own label as well as national and international contractors and manufacturers such as f.e. Friesland Campina, several Dutch Government departments, Droog design, Struyk Verwo, Gasunie, Gepa GmbH, VG Orchids, Gasterra and several museums in the Netherlands. Their studio’s Designs focus mainly on the fields of architectural products, tableware and interior design and company giftware. Egbert-Jan also teaches at the product design course at Artez Institute for the Arts in Arnhem, the Netherlands. Egbert-Jan believes design is the relationship between humans and objects. They’re very passionate and serious about their work but never forget that humor is an important part of life. Burojet Egbert-Jan Lam is currently based in Arnhem, The Netherlands.