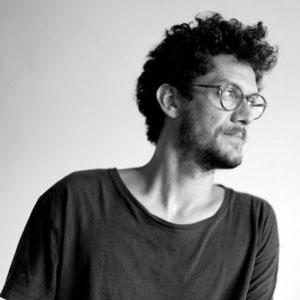 Xavier Mañosa founded Apparatu five years ago in Berlin, and since has become one of the most up and coming ceramicists of his generation. The distance perhaps helped in finally dedicating himself to his parent's craft that he witnessed growing up, which he had defied during his training as an industrial designer. His work today is probably a combination of this detached perspective and an eagerness to experiment, which is linked to his knowledge of the trade. Until 2009, Mañosa had his creative base in Berlin, but he returned to the family workshop in Barcelona. While ceramic products for the building industry used to be produced here earlier, now it is a focal point for antiques, giving it a most inspiring atmosphere. Mañosa is distinguished as a modern-day ceramicist is his boldness, combining different materials and exploring new forms of expression. The presentation of his work is an obvious reflection of his design training and also that he belongs to the 'digital generation'. While his work stands apart as a brand, he raises its prominence through his website and participating in numerous exhibitions and events. Apparatu has been exhibited at contemporary design fairs and festivals in London, Frankfurt, Saint - tienne, Tokyo, New York, Mexico and Stockholm, as well as in Madrid and Barcelona.