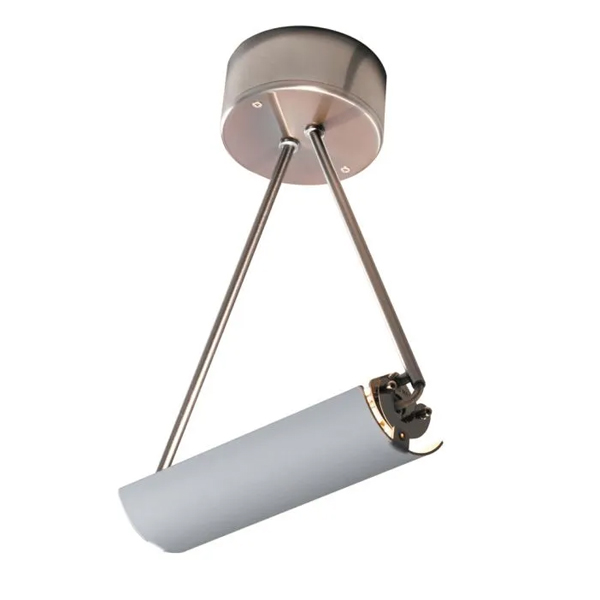 The absolutely novel Scintilla system combines the essential versatility of a decorative lamp and a lighting capacity comparable to a technical system. The great success of this system persuaded the company to design a free-standing version in the early eighties, with the main structure fastened to the base and stem in metal.

He graduated from the faculty of Architecture at Milan Polytechnic in 1936. Two years later, he opened a studio with his brother Pier Giacomo and they were joined by their younger brother Achille once he had graduated. They mainly concentrated on urban planning, architecture and, in particular, industrial design, at a time when the latter was still in its early stages in Italy.From 1940 to 1960 Livio Castiglioni was in fact a consultant first for Phonola and then for Brionvega.In 1956 the three brothers co-founded the ADI (Italian Industrial Design Association), which every three years assigns the renowned Compasso d’Oro award for the best Italian contemporary design. From 1959 to 1960 Livio Castiglioni was President of the ADI.With his son Piero he designed the famous Scintilla system for FontanaArte, one of the company’s bestsellers and used in a huge number of shops and display areas.

+Create New
Add to Cart
Other Products from Scintilla