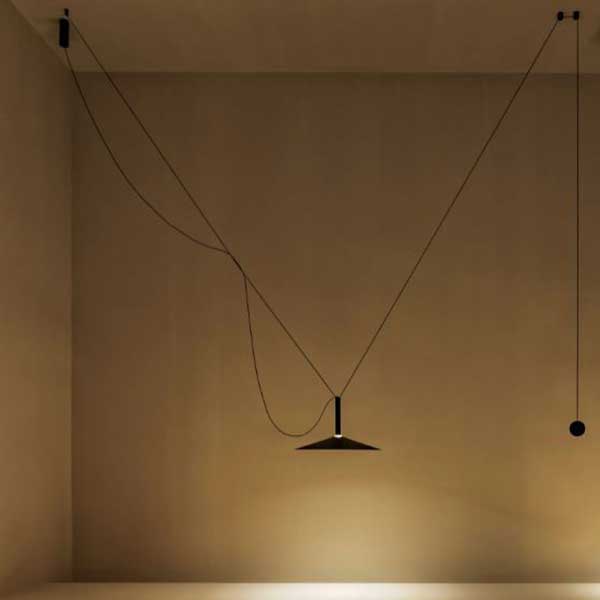 Moving the point of light, that’s the idea behind the new design by Jaume Ramírez. Milana involves a system of modular suspension lamps that combine with one another and can be moved both vertically and horizontally. Paradoxically, this new design starts by deconstructing the archetype of a lamp; by synthesizing it as much as possible, only a cylindrical body remains, suspended with a built-in LED. To this cylinder we can add different conical shades in oyster white, black, beige, grey or red, in several sizes. But most ingenious of all is that each of these lamps can have a simple counterweight such that when they are hung between two points, they can be moved. An almost imperceptible lens covers the LED and distributes the light. If only the cylindrical lamp is used, the downward-directed light is impeccable, and when a shade is added, the light escapes, illuminating the lamp itself. This new lighting system gives the user control of the light, offering a new conceptual proposal. Covering and baring lamps, moving them up, down and sideways. Mixing cylindrical shapes or combining them with decorative lamps. Milana lets you create countless compositions, a symphony of light. 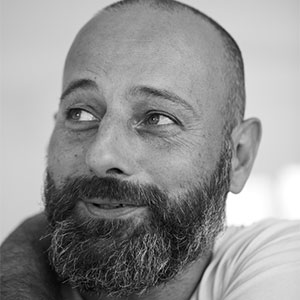 Jaume Ramírez was born in Olot in 1973. He moved to Girona to study design at the Universitat Politécnica de Girona, and later to the Basque Country, where he set up his first studio, Zoocreative, with Gorka Ibargoyen and Josema Carrillo. In 2019 he quit smoking and created his own studio in Barcelona, where he is currently working. His first design, the Delica tray collection, earned him the Delta de Oro, Red Dot Design and Design Plus awards. He has worked for brands such as Escofet, Parklex, Normann Copenhagen, Arcos and Mobles 114. At the same time, as the result of an unexpected job, he started networking in France, taking part in several editions of the Saint-Étienne Biennial, the Designer’s Days in Paris and exhibiting in, among other places, the Musée d’Art Moderne de la Ville de Paris, the Cité de la Mode et du Design, and even in Merci, the renowned Parisian store.

+Create New
Other Products from Milana