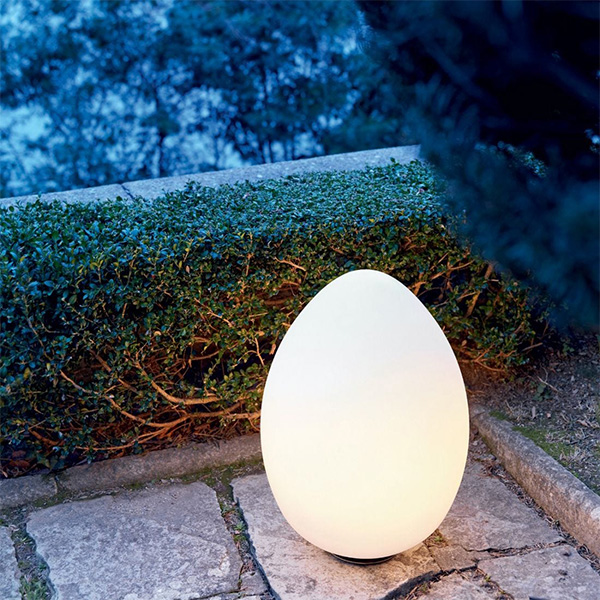 In production since 1972, the Uovo table lamp has achieved a great success thanks to its ironic and elegant design. Established design icon, Uovo is one of the FontanaArt‘s most representative projects. A natural shape that has always been a symbol of perfection, in which symmetry and asymmetry coexist harmoniously. The shell contains a light source: an ironic idea that still conquers today. As in nature, even in the Uovo lamp the shell is an absolute example of lightness: an elegant shape in satin white blown glass, which uniformly diffuses a warm and enveloping light. In the three sizes available there is all the versatility of a collection designed for multiple uses: from a tiny service lamp - in the smaller version - to a luminous sculpture, the protagonist of the space, in the larger version. With the FontanaArte 2021 Collection, Uovo is again available in the outdoor version. 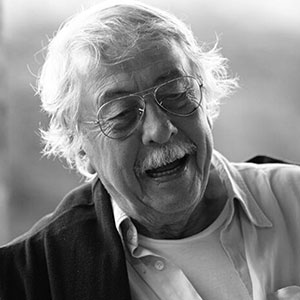 Ben Swildens, born in 1938, is a Dutch designer who spent his childhood traveling from country to country with his father, an architect. In Morocco, at the American school in Tangiers, he learned Arabic and Spanish, and discovered drawing by imitating his father. After a period at the Polytechnic in Switzerland, Ben Swildens enrolled at the Ecole Supérieure des Arts Décoratifs in Paris, where he took his diploma in 1961. He began his career working for his professors, great creative artisans of the time, as well as for private companies. From 1962 to 1969, he collaborated with French master glassmaker and decorator Max Ingrand on numerous projects such as the headquarters of EDF and Peugeot, Lima airport, the Parliament building in Beirut and the Musée de Genève. Mas Ingrand would inspire Ben to go into industrial design. With his brother-in-law Bernard Cohen – future founder of the Parisian boutique Merci – Swildens launched Point, the company that produces and sells the furniture he designs. The two men were related through their wives, the Goutal sisters, who had created the BonBon brand, and from this felicitous union would come the Bonpoint brand 1972, for which Swildens designed the first stores in France the United States. In 1985, he founded Ben Swildens Design Architecture, concentrating on individual residences. While still an architect and designer, he has dedicated himself mainly to sculpture since 2010.

+Create New
Add to Cart
Other Products from Uovo