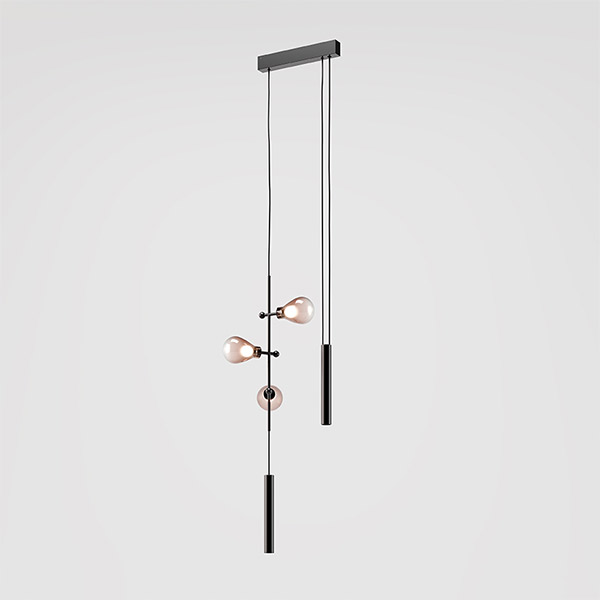 Inspired by the glorious lamps of Art Deco, it adopts their stylistic features with a contemporary reinterpretation. The key element of the project is the electric cable, an essential part of the aesthetic language of the project. An adjustable element that allows to vary the graphic lines and the formal appearance. Structure in carbon black painted metal, globes in smoked pink glass. 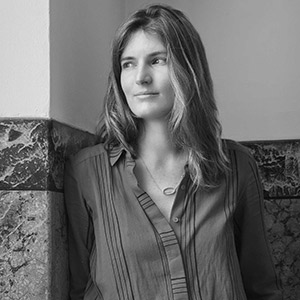 Chiara Andreatti was born not far from Venice and she moved to Milan to study in the European Institute of Design and then to attend a Master’s program at Domus Academy. She has worked to several design studios like Raffaella Mangiarotti , Renato Montagne and studio Lissoni Associati where he has been working for more than ten years. She design for companies like Glas Italia, Lema, Potocco, Gebrüder Thonet Vienna, Non Sans Raison, Starbucks, CC-tapis, PaolaC., Mingardo e Atipico. From 2016 to 2018 she was art director of Texturae, Karpeta and BottegaNove. In 2018 she was called to represent the 10th anniversary of Fendi’s edition at Design Miami. Her work has been published on major domestic and international magazines (Domus, Interior, Surface, Rum, Living, Wallpaper, Elle Decor, Living, Icon, Ddn etc.). In 2019 she has won the IF Design Award with the Loïe armchair made for Gebrüder Thonet Vienna.

"Studio Salaris was born in the historic centre of Milan, capital of design. Founder Alessandra Salaris topped her classical education with the study of interior design in London and Milan, where she attended IED and graduated from Politecnico di Milano. She later earned a Masters degree in Marketing and Communication to better understand the challenges of the business she faces everyday. As of today, she has worked internationally. In the past decade she has collaborated with the top magazines and companies of the industry. Her ambition has always been that of delivering a customized support to help her clients achieve an aesthetic expression of their brands. Her mission is to give a personal and recognizable contribution that enhances the clients’ story and core values."

+Create New
Other Products from Zoe