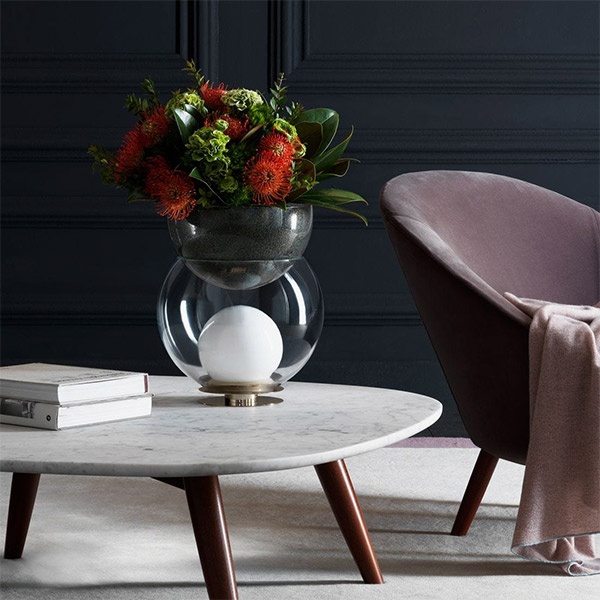 Half vase, half lamp, Giova marks the debut of Gae Aulenti in the field of lighting design. Available in two sizes, it is both a lamp and a luminous sculpture. Positioned on a metal base is a transparent bowl containing a sphere, which in turn houses the light source. Placed above is a smaller bowl in blown pulegoso glass, meaning ‘with irregular bubbles’, which serves as a fbottom vase. 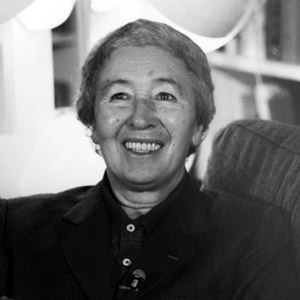 Gae Aulenti graduated from Milan Polytechnic in 1953 and since 1956 has worked in the city designing for architecture, interiors and industry and theatre scenery. In the early eighties she was the artistic director at FontanaArte, creating timeless lamps and furnishing elements for the company that are still in the catalogue. Her architectonic projects are many and prestigious and include restoration of the Palavela in Turin for the Winter Olympic Games in 2006; the institute of culture in Tokyo (2006); restoration of Palazzo Branciforte in Palermo and transformation into a museum (2011).She received many prizes and awards, including: "Chevalier de la Légion d’Honneur" (Paris), Honorary Member of the American Institute of Architects.Hon FAIA; Premium Imperiale for Architecture (Tokyo), "Knight Grand Cross" of the Order of Merit of the Italian Republic (Rome), honorary degree in the Fine Arts from the Rhode Island School of Design (Providence, USA).

+Create New
Other Products from Giova