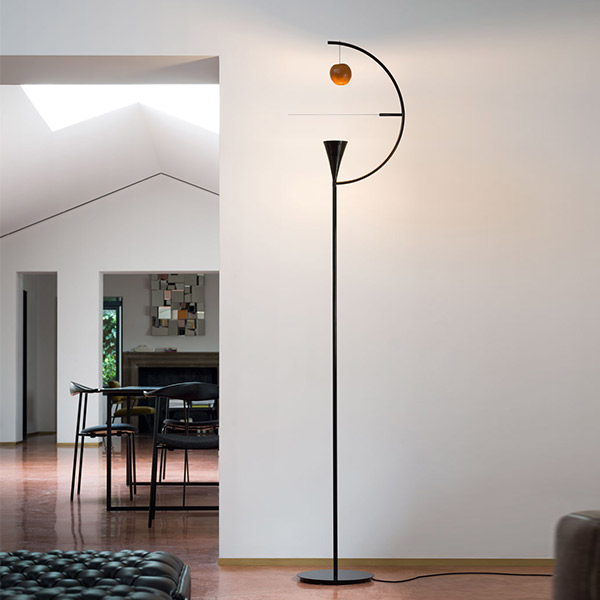 Floor LED lamp with structure in chrome metal or glossy black lacquered and white painted aluminum diffuser. The diffuser rotates and illuminates the natural element, in a mixture of direct and diffused light. A high performance LED source has been provided to reproduce the colors and nuances of the apple as faithfully as possible. Characterized by a playful reference to the anecdote of the apple that fell on Newton’s head making him guess the existence of the force of gravity. Pedal switch dimming. 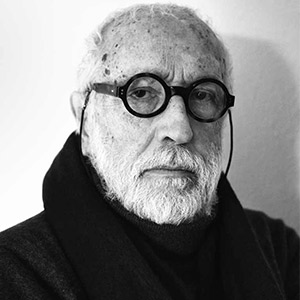 Andrea Branzi, architect and designer, born in Florence in 1938, where he graduated in 1966, lives and works in Milan since 1973. From 1964 to 1974 he was part of the Archizoom Associati group, the first avant-garde group known internationally, the whose projects are now kept at the Study Center and Communication Archive of the University of Parma his degree thesis and numerous projects are kept at the Georges Pompidou Center in Paris, which in September 2017 inaugurated a permanent room dedicated to his work. In 2018 the Royal Academy of Fine Arts in Stockholm awarded him the Rolf Schock prize for the Visual Art. Co-founder of Domus Academy, the first international postgraduate design school. Author of numerous books on the history and theory of design, he has curated numerous exhibitions in this sector in Italy and abroad. In 1994 he received the Compasso d'Oro for Lifetime Achievement.