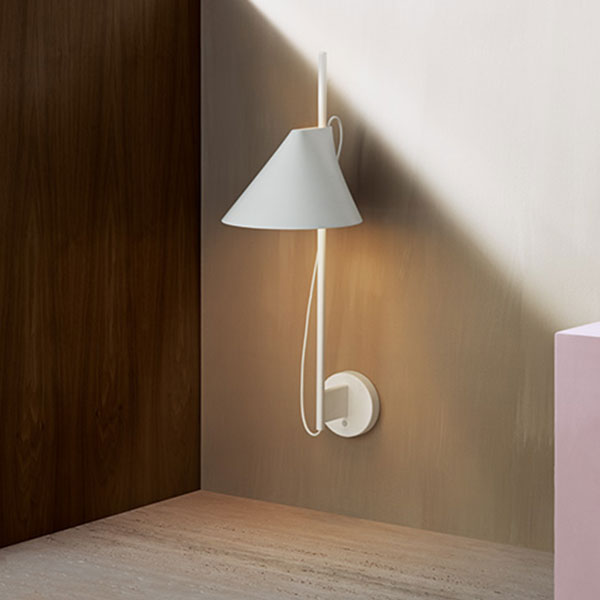 The Danish-Italian design duo GamFratesi designed Yuh for Louis Poulsen in 2017. Initially launched in black and white, the family was extended with editions featuring brass and marble. One of the essential features of the lamp is to be personal. The light is flexible and taking up little space. It can rotate, rise and lower, illuminating and creating ambience in the desired area. The form of the shade is determined geometrically from the movement that the it performs on the stem. A minimalistic appearance created from a circular shape at the bottom to a linear opening at the top of the shade. The name Yuh is the phonetic form of ‘you’, the letters representing the sound made by the voice to say “you”. 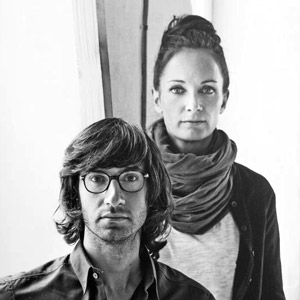 GamFratesi agency was founded by Danish architect Stine Gam and Italian architect Enrico Fratesin 2006 in Copenhagen. Stine Gam was born in 1975 in Copenhagen and finished her studies at the school of architecture in Aarhus, Denmark, in 2006. Enrico Fratesi, born in 1978 in Pesaro, finished his university studies in architecture in Florence and Ferrara in 2007. Work by GamFratesi is structured around constant curious dialogue as a coherent synthesis of their respective cultures. They prefer the Scandinavian approach, where close familiarity with materials is linked to formal simplicity, with marked sensitive focus on conceptual research. GamFratesi have received significant awards including Vico Magistretti Award by De Padova, the Chicago Atheneum Museum of Architecture's Good Design Award, Best Danish Designer 2012 by Bolig magasinet, "Walk the Plank award 2009" and Best Danish Designer 2009 by RUM, Young Designer of the Year 2013, EDIDA (Elle Decoration International design award).

+Create New
Other Products from Yuh