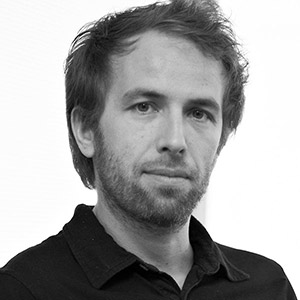 A multi-talented French designer influenced by contemporary art, Cédric Ragot has marked the design world with the sensitive, intuitive aesthetics of his sober objects. This prolific designer set up Cédric Ragot Design Studio in 2002 to work alongside big-name brands on development and positioning. A very intuitive designer, Ragot has been recognised with numerous accolades. Some of his pieces are in the Fonds National d’Art Contemporain and on display in Paris, Hannover, Vienna, New York, or Milan. With his latest design, Tank, he leaves the abiding imprint of his talent on Roger Pradier.