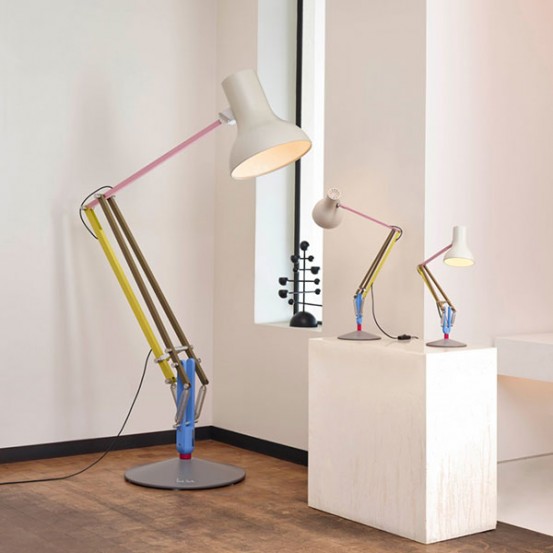 Now resplendent in Paul Smith Edition One colours, this new iteration of the Type 75 Giant floor lamp is a striking, modernist alternative to the Original 1227 Giant. Featuring precision machined components and a rotating shade, this is a statement piece that is as functional as it is beautiful. 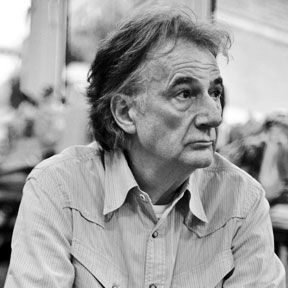 At the age of 16, with no career plans or qualifications, Paul Smith was propelled by his father into a menial job at the local clothing warehouse in his native Nottingham. A chance meeting with students from the local art college and talks of Mondrian, Warhol, Kokoshka, David Bailey led Paul into design. By 1976 Paul showed his first menswear collection in Paris under the Paul Smith label. In business for over 40 years Paul Smith had established himself as the pre-eminent British designer. He has an ability to anticipate, and even spark off trends not only in fashion but in the wider context of popular culture. He manages to transmit a genuine sense of humour and mischief mixed with his love of tradition and the classics. Paul Smith is continually involved in every aspect of the business and as a result, Paul Smith Limited retains a personal touch often lost in companies of a similar size.