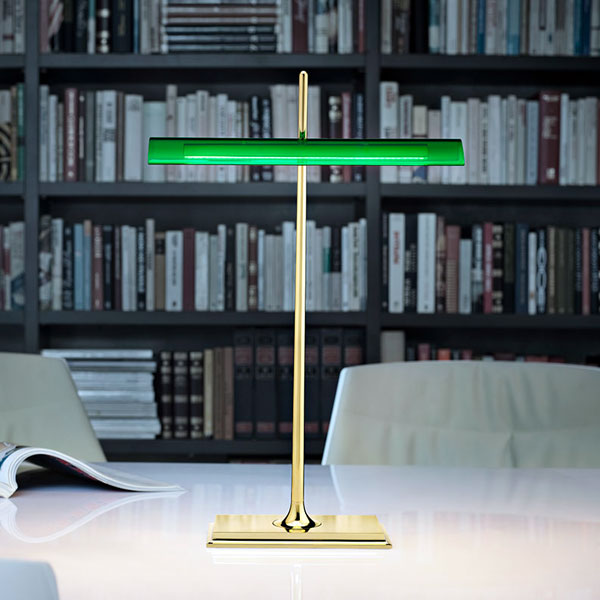 Banker's lamps are one of the earliest kinds of electric lamps. They were made as early as the 1800s. Typically produced of a solid brass base and a green glass shade and functioned as accent or task lighting. Originally they were used by bankers, who worked long hours, looking at small numbers. They needed extra light on their desk to make their job a little easier. Goldman, named after an investment banking firm, designed as a step in the evolution of this traditional lamp, Injected with high technology and slick lines. Ron Gilad 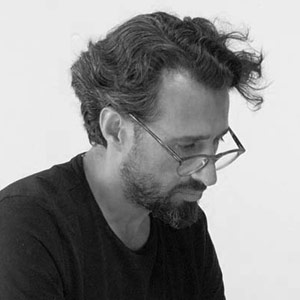 Ron Gilad was born in 1972 in Tel-Aviv. After several years spent in New York, he has just moved back to his native city. Ron Gilad's hybrid objects combine material with aesthetic play. They sit on the fat, delicious line between the abstract and the functional. His works deal with the relationship between the object and its function, questioning our perceptions. Varying from one-off to limited editions and production pieces, the works have no 'expiration date' and reside in both public and private collections worldwide. Gilad asks unceasing questions in 3D form and fabricates answers that create an arena for fertile doubt. Metaphorically, Gilad is a linguist, creating his own language. He learns the origins of 'words' and develops 'synonyms'. Ron Gilad has signed for FLOS various successful pieces like Wallpiercing for the Soft-Architecture collection, Miniteca, La Linea family and Lightspring for the decorative catalogue.