This versatile and dynamic collection was inspired by the polyhedric facets of desert gems. The lamp’s geometries create an intriguing contemporary and refined kaleidoscope effect that enriches any interior. The Gemmy collection includes a vast range of colours that adapt seamlessly to any modern space. 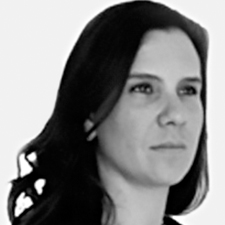 Born in Rome, 1969, He teaches in various educational institutions, including ISIA in Rome, and the Istituto Europeo di Design. He created Bottega Design, and was one of the owners of Rome's most eclectic design agencies in the 90's, specializing in cinema, television, and graphic and figurative art. He designed sets and exhibitions for museums and important scientific RAI series, and has designed products and projects for Slamp, Tim-Alitalia, Ford, Toyota, Ferrero, Enel, Disney, and Nestlè. He has produced movie sets and video productions for Fox/Sky and Universal, and in 2001, won the CompassoD'Oro youth prize with his innovative health-care project.

Manuel Wijffels (1977) is owner and designer at Denovo Design, an industrial design studio based in Eindhoven, the Netherlands. In 2001, he graduated from the Design Academy Eindhoven. Developing innovative concepts for public space fascinates him, and he defines the upcoming baby-boom generation as an important target group. He likes to develop sustainable and well thought out products. His approach is dedicated and hands-on. One of Denovo's best known products is the Vivanti seniors bench, that started off locally and is now taking over many parks and walkways across Europe. His roman influence and internship (at 21st Century Design, Rome) almost 15 years ago, led him to design Gemmy for Slamp. Wijffels co-founded the Otherthings Design Festival and teamed up in 2011 to develop the Zona Ventosa concept, taking place during the Dutch Design Week. 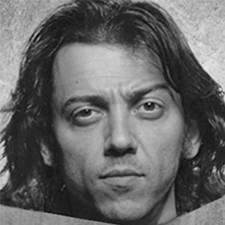 Born in 1971, Tommaso Ragnisco currently lives and works in Rome. He received a degree in Industrial Design, presenting a spaceship as his thesis. He is a sculptor, painter, designer, makeup artist, special- effects engineer and production designer. He founded 21st Century Design Studio in Rome, and later, 21Lab, which was open until 2008. In 2012, along with Marco Zamponi and Massimiliano Forcella, he founded LABNORMAL multimedia design studio. He continues to collaborate in the applied arts, working with important players in the industrial, educational, media and museum fields, including Slamp, Fox Italia e Opera Nazionale Montessori. He taught cinematography for 5 years at IED, Istituto Europeo di Design, and for two years, has supervised an artistic-scientific workshop 'the hands and the mind' at the primary school "Montessori" in Rome. Following his passion for cinema, he has produced and designed short films, which he views as 'windows for freedom of expression'.

Save Gemmy Table Lamp to a project

+Create New
Other Products from Gemmy