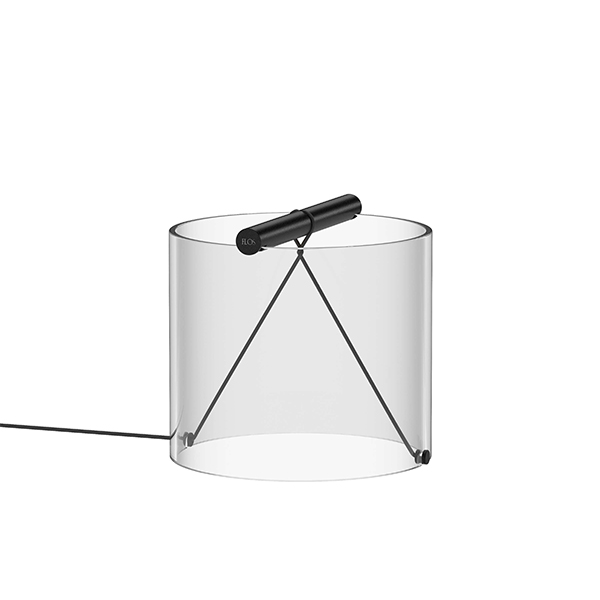 Designed by Guglielmo PolettiTable lamp providing diffused light. Clear glass cylindrical lamp body available in multiple sizes. The handle is made of aluminum and also acts as a light emitter. Multi-led diffuser in specially designed white polycarbonate to avoid the Multi Shadow effect and dazzle. High efficiency LED source with a lifetime of more than 50.000 hours. Electric cable of useful length 180 cm, covered in black fabric and equipped with dimmer switch for ON/OFF and adjustment of the light flow between 10-100%. Plug-in power supply with interchangeable plugs. To-Tie is a future-proof lamp as no glue is used to assemble its different parts. The product can therefore be separated, replaced individually, and recycled separately. 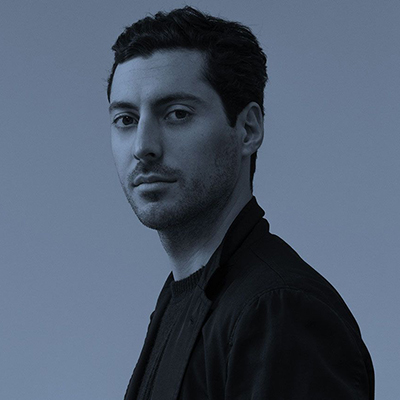 ?I approached design gradually. The background inputs certainly came from my father, not a designer himself but an extremely sensitive and talented man, with a fine sense of taste and a great curiosity towards the most disparate sort of objects. His bold personality influenced me, but it also pushed me to search for my autonomous way, so design came across my path mainly as a tool for emancipation. A very good old friend of mine, just after I started my career, told me: ‘You didn’t feel comfortable with the world around you, therefore you designed your own.’ I never thought about it that way, but it’s probably true. The effective trigger came in 2010, when I attended a lecture about William Morris, Arts and Crafts and the birth of Industrial Design. That was a click – I thought this field would enable me to shape things according to my subjective criteria. And from then on, I went for it with full commitment. Artificial light is the most relevant component defining the atmosphere of any architectural environment. When it gets dark, it’s the real mood maker, much more than any other physical object around us, including the light fixture itself. In fact, in architectural lighting the attempt is often to make it almost disappear, integrating it within the space. But in decorative lighting the luminaire, aside being the tool which provides the best light possible, also plays and important role as an object itself. In such case, when the qualities of the lamp and those of the lighting performance are successfully entwined, artificial light becomes the ephemeral ingredient that confers a soul to an object that would otherwise remain meaningless.

+Create New
Other Products from To-Tie