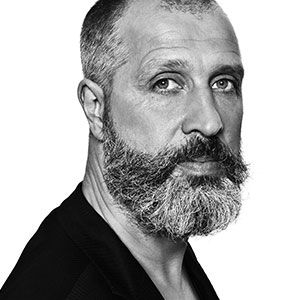 In 1998 Harry Paul established a multidisciplinary design studio in Milan specialised in industrial design, product design and design consultancy, signing for clients world wide. Known for projecting mysterious objects, exemplars of vibrant design of the 21st century, his resulting design approach concentrates on experimentation with materials, technologies and lines. In 2002 he moved to Barcelona but continue to spend time in his adopted home in Italy, expanding in areas such as architecture, interior design and unique sculpture commissions. Today, Studio Harry Paul works with a variety of brands and its expertise is sought out across all design disciplines. With a deep passion for, and knowledge of, industrial and craft manufacturing processes runs through every aspect of his work. Harry Paul has exhibited extensively around the world and won several awards including in 2007, 2008, 2009, 2011 and 2014 the Good Design Award of the Chicago Athenaeum, world’s oldest and most prestigious award of its kind.

+Create New
Add to Cart
Other Products from Bolla