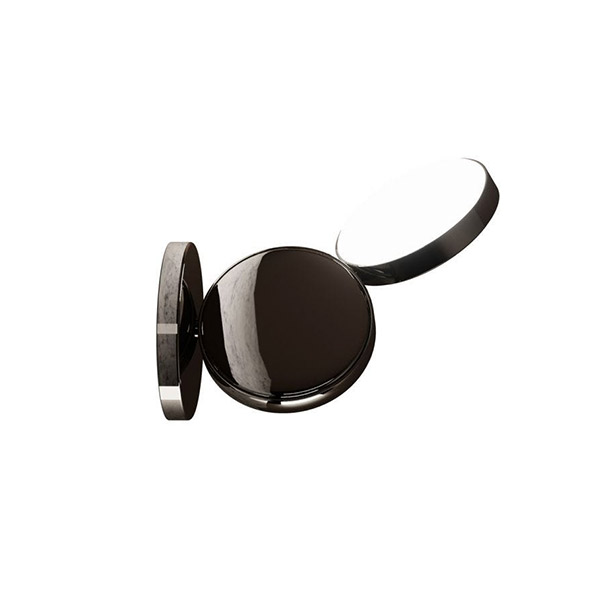 Optunia is a family of lighting elements that comes in four variants for tabletop (with or without stem), floor, wall and ceiling. Its functionality lies in the possibility of rotating the two discs that make up the nearly 360-degree head, opening up an extraordinary number of lighting combinations. The lower disc rotates on one axis, while the upper disk simultaneously rotates on a second axis, perpendicular to the first. This double movement gives Optunia to the advantages of both direct and indirect light emission, which exploits the surface of the wall or ceiling to produce a soft light. Complementing its functionality is a design reminiscent of a form found in nature: the two disks resemble the pads of the prickly pear, Opuntia ficus indica, from which the lamp takes its name. A family of exceptional technical sophistication, whose form is further emphasized by its colors: opaque white, bold and clean; dark mirrored chrome, which recalls the preciousness of metal; a darker shade resembling onyx; and quartz, whose color shifts from dark brown to black. 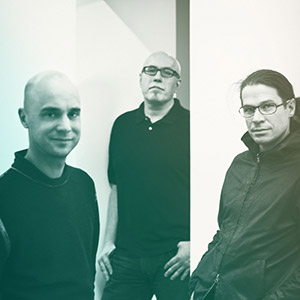 Claesson Koivisto Rune is a Swedish architectural partnership, founded in Stockholm, in 1995, by Mårten Claesson, Eero Koivisto and Ola Rune. It started as an architectural firm, but has since become an internationally-acclaimed, multi-disciplinary office with an equal emphasis on both architecture and design. As the first Swedish office to have exhibited in the international section at the Venice Architecture Biennale, in 2004, they are also responsible for award-wining projects such as the Tind Prefab house collection for Fiskarhedenvillan, Widlund House private villa on Öland, Örsta Gallery building in Kumla, Sfera Building culture house in Kyoto and Nobis Hotel in Stockholm. They design for such international companies as Arflex, Asplund, Blueair, Boffi, Capdell, Cappellini, Casamania, David design, Discipline, Dune NY, Fontana Arte, Kasthall, Living Divani, Offecct, Paola Lenti, Petite Friture, Swedese, Tacchini, Wästberg, among others. For their work they have received the German Design Award (Gold and Silver) 2011 by the Federal Republic of Germany, Designer of the Year 2011 and Furniture of the Year 2012 by Elle Deco (Sweden), both Designer of the Year and Best Seating 2014 by Elle Décor Italia, and the Red Dot Design Award – Best of the Best 2014, making them the first office to hold a Red Dot in five different product categories.

+Create New
Other Products from Optunia