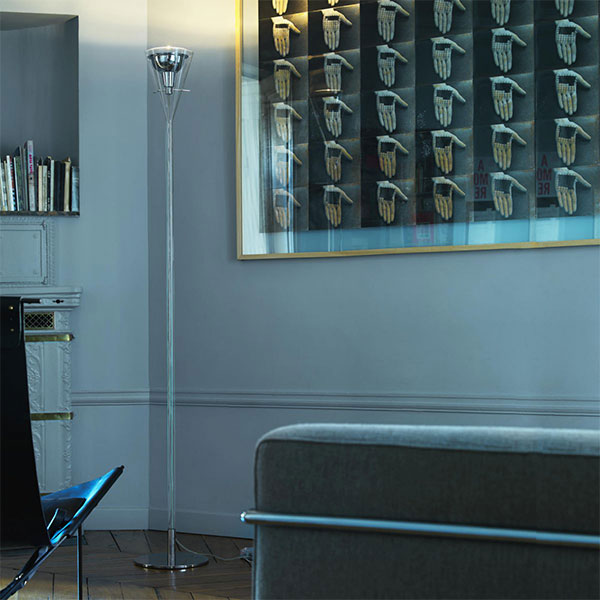 A glass cone holds the chromed aluminum reflector, supported by three slender metal rods. Equilibrium and lightness for this family of lamps available in floor and wall versions, for indirect light emission, and in a hanging version, for direct focused light. 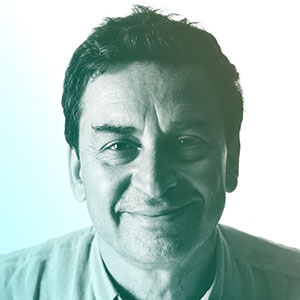