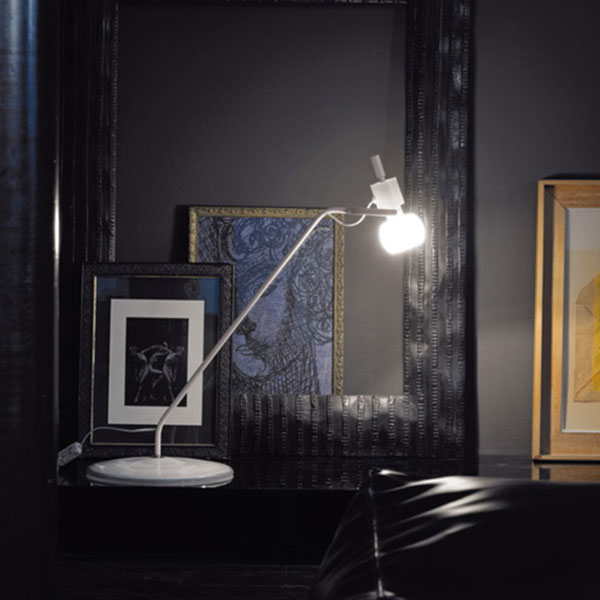 A piece of Italian design history that has recently been extended from the original table lamp to wall and floor fixtures and LED versions. 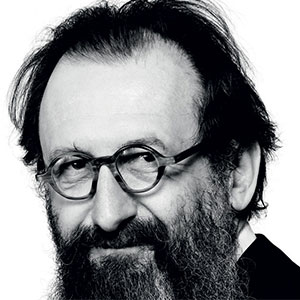 Michele De Lucchi was born in Ferrara in 1951 and studied architecture in Florence. During the years of radical and experimental architecture, he was a prominent figure in establishing design movements such as Cavart, Alchymia and Memphis and designed lamps and interior design items for some of the best-known Italian and European companies. In 1990 Michele De Lucchi set up Produzione Privata, a small firm where, unsolicited by clients, he designs products using artisanal techniques and crafts. A selection from his works is exhibited in top museums throughout Europe, the US and Japan. In 2003 the Pompidou Centre in Paris purchased a considerable number of his works to exhibit them for a year in the two gallery rooms of its permanent collection. From 1992 to 2002 he was appointed as Director of Design at Olivetti and developed many personal theories on the evolution of working environments, designing experimental projects for Compaq, Philips, Siemens and Vitra. Michele De Lucchi designed and refurbished memorable buildings, namely for NTT in Japan, for Deutsche Bank in Germany, for Novartis in Switzerland and for Enel, Telecom Italia and Piaggio in Italy. He also worked with corporate clients to restyle their image by introducing technical and aesthetic innovations, as in the case of Deutsche Bank, Deutsche Bundesbahn, Enel, Poste Italiane, Telecom Italia, Banca Popolare di Lodi, Banca 121, Banca Intesa and other Italian and foreign institutions. De Lucchi was also in charge of a number of art and design exhibitions and designed the exteriors and interiors for museums such as the Museo Diocesano in Ivrea, the Triennale Design Museum and the Permanente in Milan, the Palazzo delle Esposizioni in Rome, the Neues Museum in Berlin. In 2009 he worked as a consultant for the design of Georgia's new Ministry of the Interior. The following year he supervised an architecture exhibition at Bordeaux's Decorative Arts Museum and was in charge of an exhibition on wooden architecture in Munich. He was recently in charge of the design of the new Triennale Design Museum in New York.

+Create New
Other Products from Vega