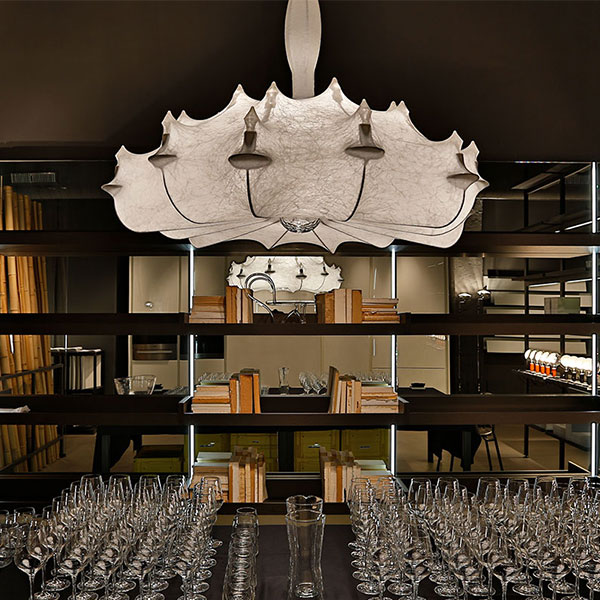 Suspension lamp providing diffused lighting. White powder coated internal steel structure sprayed with a unique “cocoon“ resin to create the diffuser which is then protected by a transparent sprayed on finish.Transparent polymethylmethacrylate (PMMA) “candles“. Faceted crystal globe located at the lower center for a sparkle effect. Save Zeppelin Large Suspension Lamp to a project

+Create New
Other Products from Zeppelin

Other Products from Flos